We've not actually seen a snake in person before but had found discarded snake skins so knew they could be about.

It was about a meter long and moved pretty fast once it decided we weren't a threat or edible. It shot off across the lawn (er, well, baked earth with brown stuff on it) and into a ditch.

I think this is a non-venomous grass snake.

I ran back to the house for the camera and managed to get a couple of pictures. 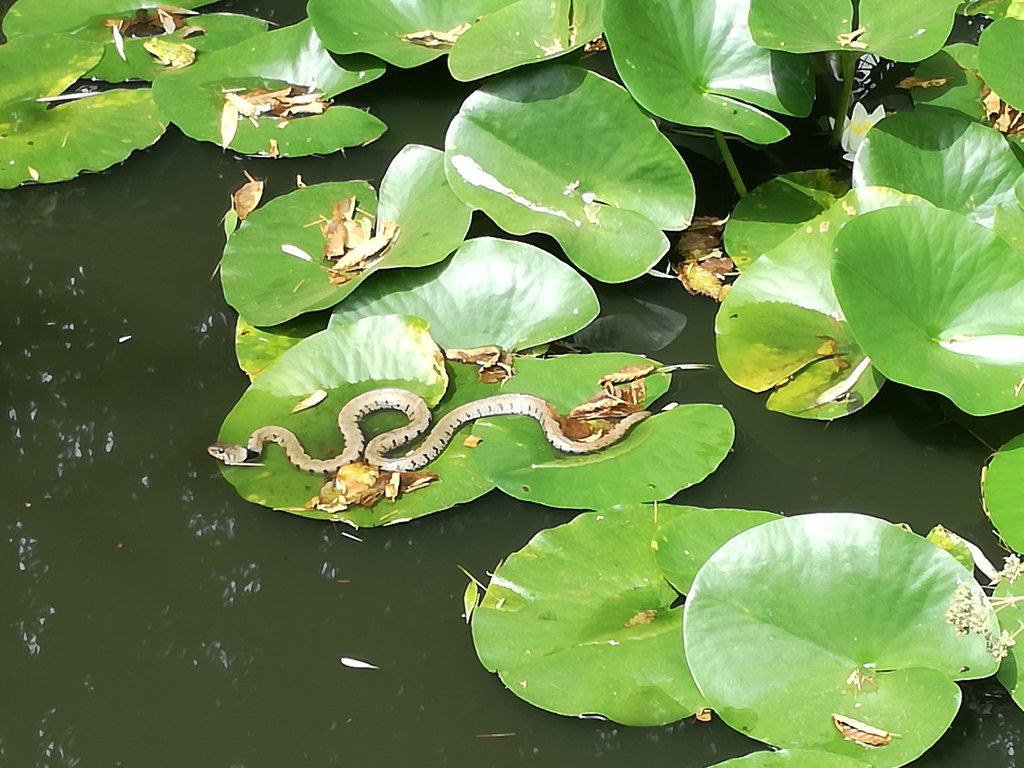 Around and in a rather warm pile of bricks many small black snakes, about 10 centimeters, with two white dots aroud their neks. I'll try to catch them, with my camera, next time when we meet. Probably also of the couleuvre family.

Two hours later: hiding deep in the sand, his or her lucky day, escaped a possible splitting action of my shovel. 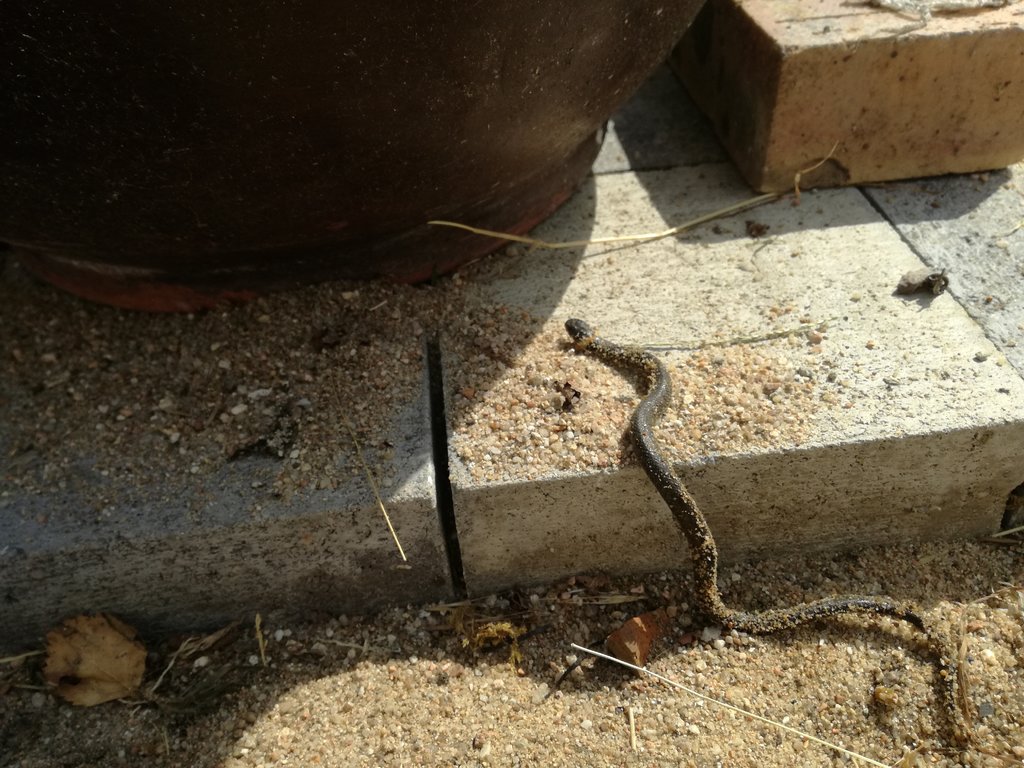 Seven hours later, and there we have number six of this afternoon, a white collar couleuvre. Size reference: the pavés are 16x16x6 cm. They are named "Hades", so perhaps this explains the mutual attraction between black snakes and this type of bricks. 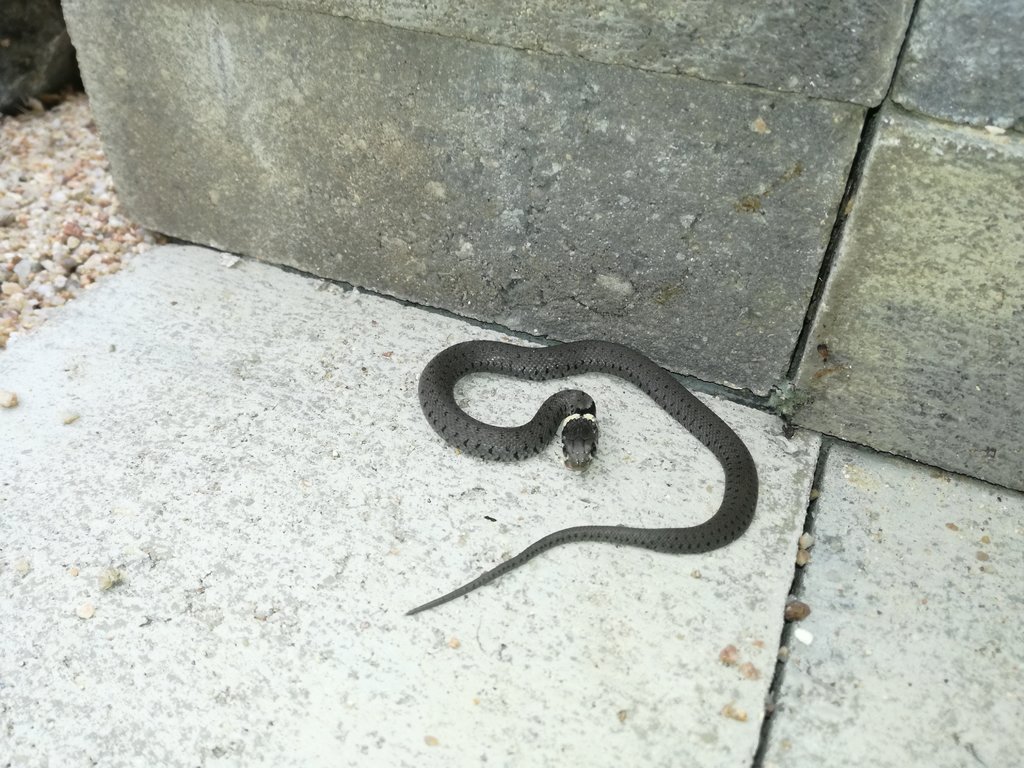 Users browsing this forum: No registered users and 0 guests

Pont Noir is all about living in Creuse. Members can share experiences of life in France and exchange information, thoughts and feelings about living in the department. More...